A native of Ghana was also arrested in the PalarivattomMDMA case 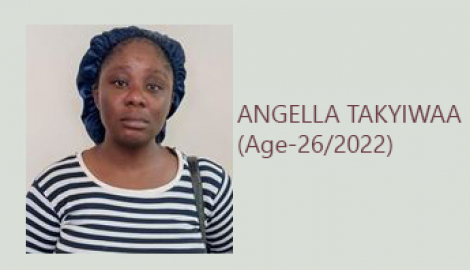 Palarivattam Police arrested Ghana native ANGELLA TAKYIWAA BROBERY, AGE-26/22,D/o NANA FOSUBROBERY, KRONUM KWAPRA, ASANTE REGION, KHANA, who was part of a gang that was transporting deadly drug MDMA to Kerala.On 20.07.2022, Palarivattam Police arrested Harun Sulthan for keeping 102.04g of MDMA in two zip covers for sale in a scooter parked at Jawaharlal Nehru International Stadium Link Road, Kaloor.As a result of further investigation, the members of their group, Alin Joseph and Niju Peter, were arrested by the Palarivattam police on 28.07.2022 and Alan Tony on 05.08.2022.Their interrogation led to the arrest of34-year-old Joseph Fernandez, who lives in Bengaluru from FortKochi, Jesus Road, Sunil Cottage, the head of a gang that smuggles MDMA from Delhi and Bangalore to Kerala.From his questioning, information was obtained about Okaforza Ese Emmanuel, a negro, who is the main link of the African drug dealers operating in Bangalore. On 23.08.2022, Okaforza Ese Emmanuel, who is of Negro origin, was arrested by Palarivattam Police from Bangalore.The investigation revealed that the most of the MDMA was transferred to Kerala, especially to Kochi, by an organized gang. According to the police, he is the main link of the African drug ring based in Bangalore.